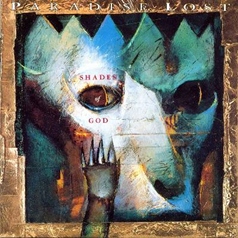 Shades of God is the third L.P. from Paradise Lost. Released in July 1992, through Music For Nations, this is often considered to be a transition record. That may be true, in some regards, but the truth is that none of the band's earliest efforts were really the same. The band's style really was a work in progress, at that point, and each release showed yet another step in their evolution. This time around, the tracks are lengthier, on average. The songwriting is more solid than on Gothic, more fully embracing the Black Sabbath style of Doom. The vocals are not as harsh, either, further lightening the mood, so to speak. However, in the end, the material is more consistent than on the previous full-length.

Even though Shades of God represents yet another step away from the sound of Lost Paradise, it is an improvement over Gothic. While the latter was almost like the band's answer to Into the Pandemonium, being more about stylistic changes and experimentation, their third album possesses more substance. Almost none of the music seems pointless. At times filled with doom and at other times more aggressive, there is more actual feeling with less passive and useless riffs. The cheesy elements from the previous record have been removed, resulting in a more stripped-down and genuine sound. The music may not be perfect, but it is not soiled by an orchestra or annoying female wailing. One can clearly hear influences from Black Sabbath and Celtic Frost. Even some of the lead solos are reminiscent of something from Paranoid or Master of Reality, with somewhat of a bluesy vibe. This further kills any possibility for creating a truly dark atmosphere, but that was already laid to rest the previous year. As well, the vocals are less harsh, though not quite clean, for the most part. It actually suits the material better, except for the times when he tries to sing with this voice. There are brief parts with totally clean vocals, almost sounding like Peter Steele, which work rather well. The lyrics are a little misleading, as they often come across more bleak and depressing than the music itself. The songs are very dynamic, with a mixture of more aggressive sections with slower and more dismal passages and even occasional clean guitars. The most straightforward and catchy song on here is "As I Die", which seems more like an attempt to write a radio single.

The production is better than on the last album. The overall sound is still a little weak, compared to Lost Paradise, but it is more balanced than on Gothic. The vocals are not so high in the mix and the guitars sound a bit more full and are not so neutered as before. The bass is more audible as well, though it mostly serves to take away any rough edge that the music might have otherwise had, giving more of a soft and warm tone. This material really would have benefited from a heavier and thicker sound, similar to the first Candlemass record.

Shades of God is a really solid Doom Metal album. The somewhat rough vocal delivery hardly qualifies this as Death/Doom, and the Sabbath influences are too obvious to ignore. While Paradise Lost got even farther from the brilliance of their debut L.P. with this release, it features more consistent songwriting than on Gothic and actually succeeds in creating a gloomy feeling, at times. It is not without its weak spots, but it is still enjoyable for what it is. Highlights include "Mortals Watch the Day", "Daylight Torn" and "The Word Made Flesh".
Posted by Noctir at 3:39 AM